Selecting the right inverter for your off-grid system

When designing an off-grid system, it’s important to take the time to research your inverter options to select the best technology for you and your needs. Inverters fulfill the essential need of turning DC output into AC in order to power your appliances in your home, whether that’s an RV on the open road or a small cabin in the middle of the woods. What’s the best inverter when you’re off-grid? What are solar inverter chargers and should you buy them?

What is off-grid solar?

Off-grid solar systems, or stand-alone power systems, produce enough energy through the usage of solar panels and battery storage without having to tap into the electric grid. If you live in a mobile lifestyle on the road or in a remote area without reliable and affordable access to the grid, off-grid solar can be a great way to meet your energy needs. In the past, off-grid systems were often out of reach for most people because of the high costs of inverters and batteries. However, battery and inverter prices continue to drop and technologies continue to improve, making off-grid solar financially feasible for more people.

Off-grid systems utilize batteries to store energy produced from solar panels. Systems must be sized and designed to fit a variety of needs throughout the year, especially in the winter when there are fewer sunlight hours. Off-grid systems need a standalone inverter.

Which is the best solar inverter for me?

What can I run with a modified sine wave inverter?

Appliances like refrigerators, microwaves, and compressors that use AC motors won’t run as efficiently on a modified sine wave inverter. Some fluorescent lights will also not operate quite as bright, and some may buzz or make humming noises.

What are pros and cons of using a modified sine wave inverter?

• Will not work with many appliances: As mentioned above, there are a variety of appliances you need a pure sine wave inverter to run, as TV’s, microwaves, and inverters.

What is the best off-grid inverter? 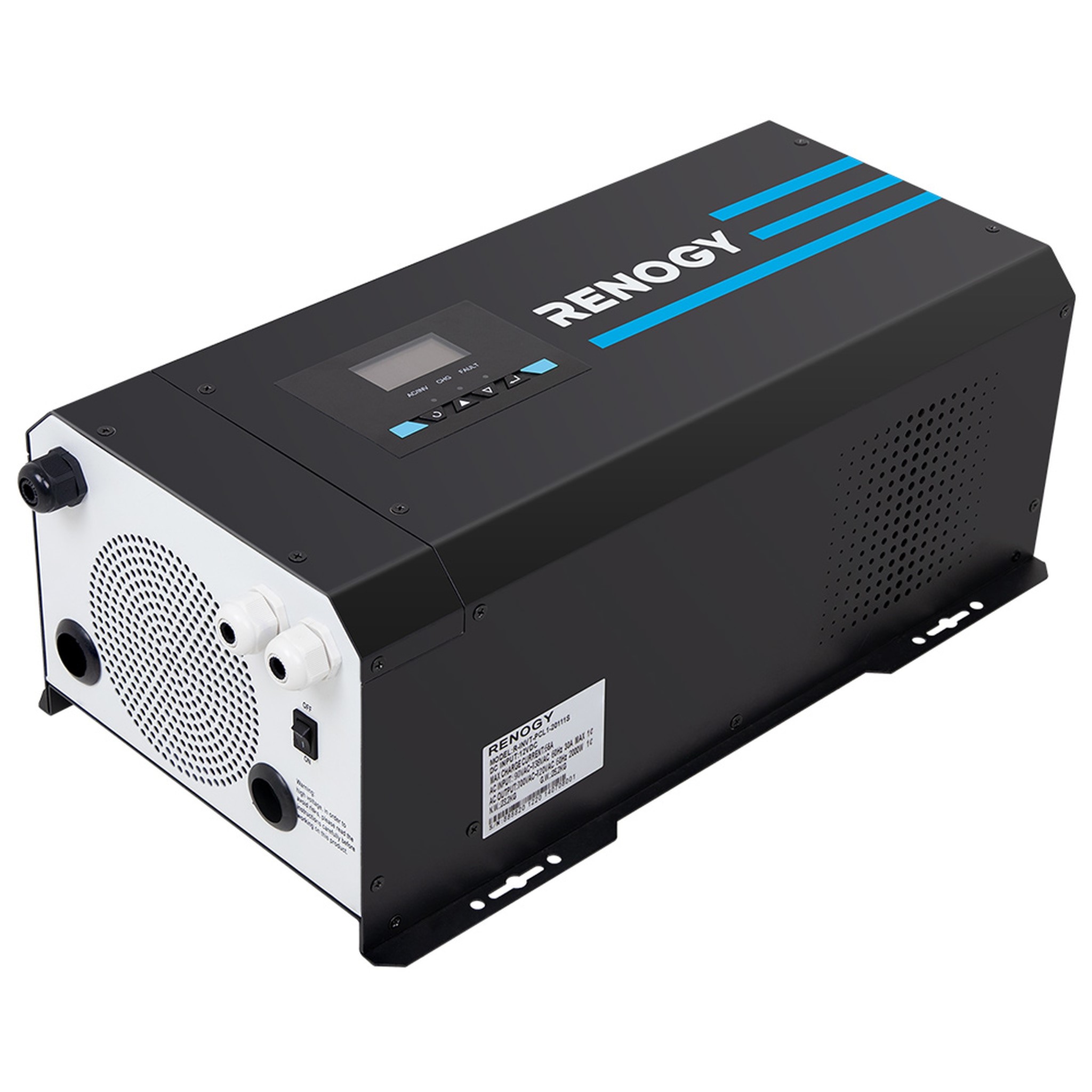 Do I need a solar inverter charger?

How many batteries do I need for a 2,000 watt inverter?

To figure out how many batteries you need for your 2,000 watt system, you can use the following equation: expected run timed needed * wattage of your inverter = total/voltage.

How much are solar inverters?

Solar inverters are a key component of any solar installation. They fulfill the essential function of converting DC output from your solar panels into alternating current to power your appliances. If you’re building an off-grid solar installation, pure sine wave inverters are typically the best choice because they are quiet, efficient, and compatible with a wide range of appliances. If you’re in an area without steady sunlight and also have access to shore power or a generator, you might also consider purchasing a solar inverter charger to keep your battery bank charged. With the decreasing costs and ever-improving technology of inverters, there’s never been a better time to go off-grid with solar.