The usage of the AGM battery started as early as 1980s and was first applied to military aircraft. Over the years, with given advantages, the battery has found its ways in a wider range of applications and gained surprising success. It is now not only a hot choice for vehicles, but also in the field of solar energy storage, due to its unique design.

What Is An AGM Battery?

To answer the question of “what is AGM battery?”, we’ll need to figure out “what does agm battery mean ” and “what does AGM stand for?”Abbreviated from Absorbent Glass Mat, AGM stands for a type of tried and tested battery technology. It uses a fiberglass mesh between the battery plates that holds the electrolyte in suspension and separates the positive and negative plates.

How Do AGM Batteries Work?

This part involves a little bit of technical knowledge, but it does help understand how Absorbent Glass Mat (AGM) technology influences the performance of a battery.

The AGM battery technology features a high discharge rate and a wide operation temperature range. The AGM battery meaning reliable, long-lasting, and highly efficient; due to the encased structure and the absorbent glass mat that contains the electrolyte.

The absorbent glass mat is also called AGM separator. Being ultra-thin, it is sandwiched between positive and negative lead plates, and saturated in the electrolyte. Besides, its most important function is soaking up the electrolyte and keeping the fluid in a motionless form. As a result, it maximizes the reaction surface between the electrolyte and the battery plates, which greatly enhances the charging and discharging efficiency. The encased structure also rends AGM batteries uniqueness in maintenance and transportation. 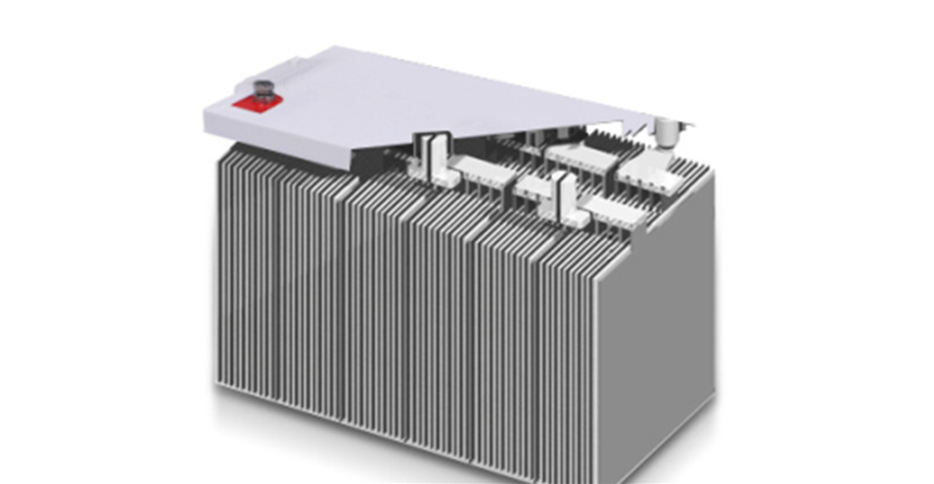 Pros and Cons of AGM Batteries?

The AGM technology and their solid structure make AGM batteries stand out from their counterparts - the  gel battery type as well as the flooded ones. In terms of cost and working performance, they excel easily. But when facing high voltage conditions, AGM batteries’ shortcoming will be exposed. 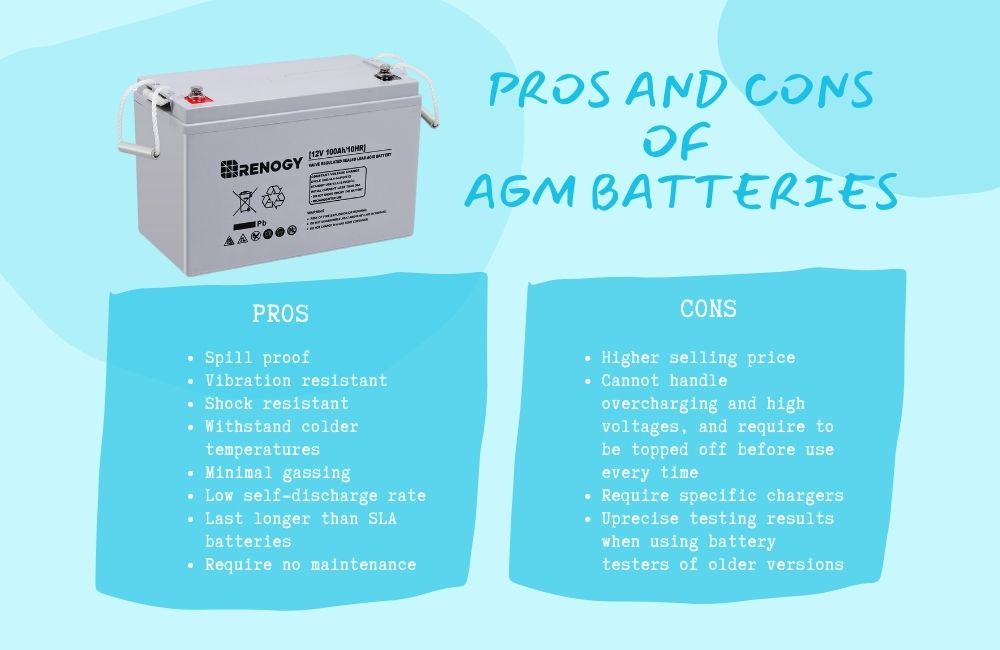 How Long Does an AGM Battery Last?

The durability for storage purposes depends on the operating temperature and the depth of discharge (DoD) - which refers to the available capacity of batteries when they are fully topped off. Another thing to consider that can affect the lifetime would be the battery performance, which can deteriorate over time. 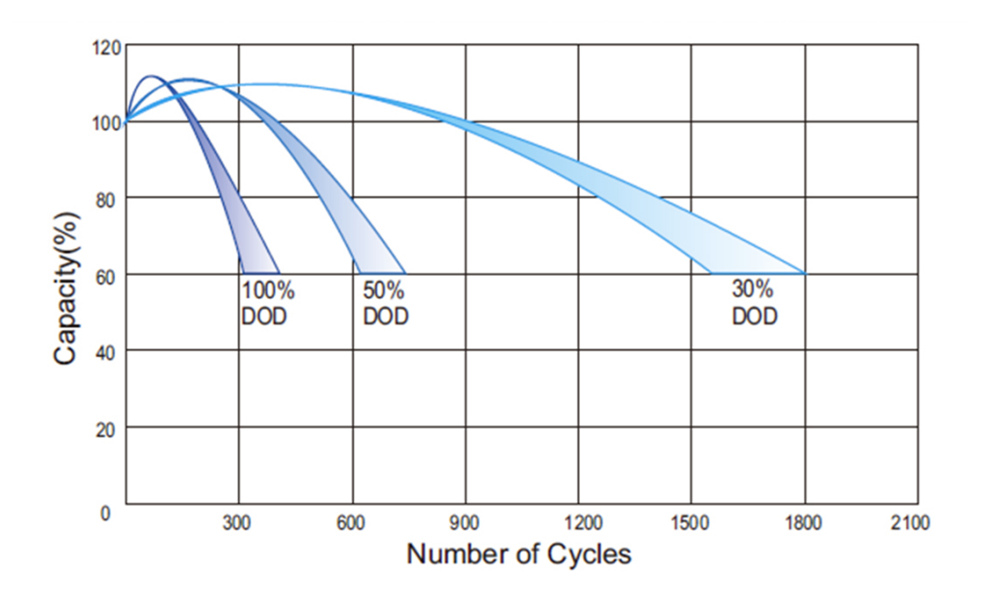 Start-stop applications. With the ability to produce short intense burst of energy, AGM batteries are perfect for use of activating the engine in vehicles like cars, trucks or RVs.

Deep-cycled applications. As deep-cycled batteries, AGM batteries can deliver a small amount of current stably and moderately to the appliances in any boat, truck, or car; allowing them to operate and run in any condition.

Before discovering the answers, we must understand that there are mainly four kinds of batteries on the market. Each of them was named after their unique battery technology. 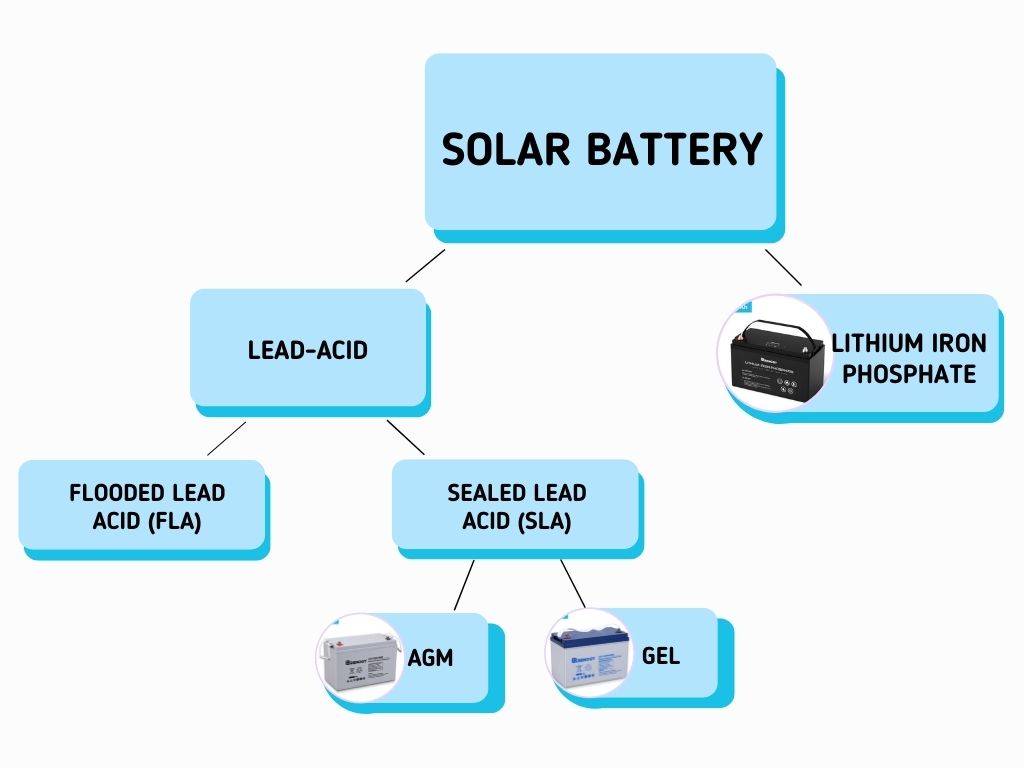 So which type of batteries suit your needs best? When capacity is your first consideration and cost is the least thing to consider, lithium battery is surely your top choice.

This graph compares each type of batteries in capacity, service life, maintenance requirements, costs and their level of safety. From the graph, you will also find the answer for "does agm battery last longer?"

The data is estimated for references.

Are AGM Batteries Worth It?

It depends on your needs.

Vehicles usually use conventional flooded lead-acid batteries for starter applications. However, when it comes to an upgrade for the starter engine, AGM batteries offer a preferable choice. The AGM type comes with higher quality, longer lifespan and much less maintenance compared to regular batteries. Best of all, it does not cost much higher than flooded batteries.

On the other hand, when your need is a solar energy storage solution, it is recommended to go straight for lithium-ion batteries. Though they are costly, their quality, efficiency, and lifespan (several times more than other types of batteries) will prove them worthwhile in the long run. Lithium is the king of 12V batteries.

How do I know if my battery is AGM? 3 Steps

Battery type is usually instructed on the product labels on the body of a battery. If the label is illegible, you can also check its user manual for specifications, ask the online store or go to the store where you bought the battery.

#2 Observe the top of your battery

AGM batteries are specifically designed with negative and positive terminals that protrude from their flat top. If you find such terminals, you can be 99.99% certain your battery is an AGM battery.

Highly not recommend to do this step, but since you still cannot identify your battery after going through the methods previously mentioned, this will be the ultimate choice you have to resort to.

Shake the battery, and if you feel any fluid inside flowing, then it is wet battery. But if you feel a relatively solid inside, it’s an AGM battery.

What type of batteries are best for solar power?

Deep-cycled batteries including flooded lead acid, AGM, gel, and lithium iron batteries are popular solar energy storage solutions. They are varying in terms of efficiency, maintenance requirements, charging time, service life, and most importantly, the cost. They cater to consumers’ needs across the board, so you can just pick one that fits your needs. The flooded lead acid types remain the most cost-efficient option, while sealed lead acid batteries features higher charging efficiency and energy capacity and yet comes with an presuming affordable price. Lithium iron batteries cost the most, but it’s the king in all facets. If you are looking for a high-capacity and yet portable battery storage solution, a solar station or  solar powered generator integrated with LiFePO4 batteries might be your best choice of the solar panel battery.

Can I wire different battery types and sizes together?

Using batteries of the same types and sizes for parallelism is most recommended. In this way, it can avoid efficiency loss to the utmost. If you need to wire your original AGM battery and other batteries together, make sure the latter are all AGM batteries.

Factors like sunlight, temperature, and the particular battery can affect the charging time. If a 100ah 12V battery working alongside three 100 Watt solar panels, the charging time will be around 4 hours.

Are AGM Batteries Good for RVs and Boats?

RV and Boat owners often install two different types of batteries on their vehicles, one for the starting engine and the other for powering appliances on board. Thanks to higher voltage output, AGM batteries can implement both tasks perfectly.

Can You Charge an AGM Battery with a Regular Charger?

While a regular charger is used for conventional flooded lead acid batteries which require a charging status so different from AGM batteries; it is not suitable for topping off an AGM battery. For charging a 12 Volt AGM marine battery, a specific  battery charger is needed.

So now you know, "what is an AGM battery type?". And how to tell if a battery is AGM battery. If you are looking for an AGM battery for your car or solar panel system, Renogy has a variety of reliable options for you. On Renogy's online store, we have  agm batteries, gel batteries, and lithium iron phosphate batteries for sale. All are finely manufactured and strictly tested for guaranteed quality.

What Is the Life Expectancy of a Solar Battery?

Buy Lithium Solar Batteries in 2022: How To Choose A LiFePO4 Battery

How does a 6 volt battery work?

Selecting the Right Battery for Your Solar Installation