What does an inverter do?

A power inverter is a key piece of solar equipment and unlike solar panels, which are intuitive to understand, inverters make it sound like you need to make a trip back to high school physics class. Understanding how a power inverter works requires putting meaning into the words “power” and “inverter.”

Generally speaking, the point of a solar panel is to create electricity through the renewable, limitless energy of the sun. That’s the “power.” But how do you get the power from the solar panel to your appliances?

An inverter. Its primary function is to “convert” battery power into AC current. If you have any familiarity with car batteries, an inverter won’t be intimidating in the end. 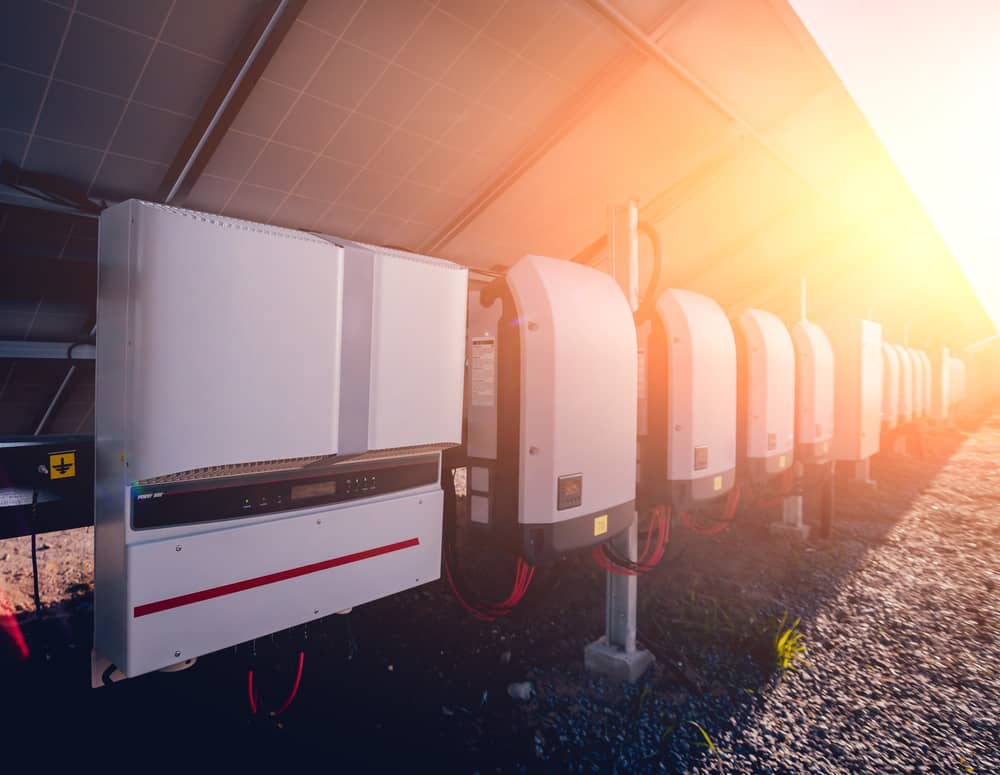 Your battery, whether it is a marine battery, car battery or one designed for your solar system, will give you energy via a DC (direct) current, but this current isn’t useful for household appliances. It needs to be converted for the type of current we use: AC (alternating current).

Some inverters come with battery chargers , which is a helpful feature for anyone who also has access to shore power. If you’re connected to the grid, you’ll be able to charge your batteries simply with your inverter charger.

Power inverters include a switch that will automatically transfer (really, convert) the DC power from the battery into usable AC current. After the battery cables create the connection between the battery and power inverter, the “on” switch will make the power transfer happen. 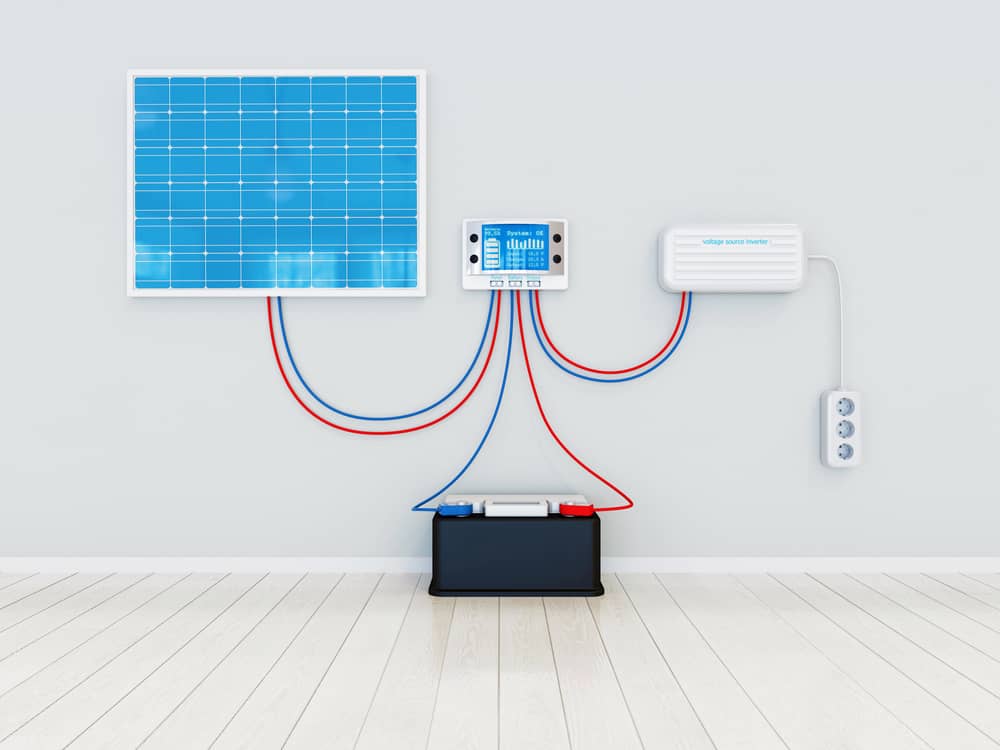 Hooking an inverter to a battery

To connect an inverter to a battery, you simply use battery cables and connect with the positive (red) and negative (black) terminals on the inverter. The cables screw in easy so they stay snugly in place.

What are the different types of solar inverters?

The main types of solar inverters, which are also available through Renogy, are pure sine wave and modified sine wave inverters.

What is a pure sine wave inverter?

What is a modified sine wave inverter?

Like panels, inverters are rated in watts and come in a range of sizes. Because your solar inverter converts DC electricity coming from the panels, your solar inverter needs to have the capacity to handle all the power your array produces. The size of your inverter should be similar to the DC rating of your solar panel system. So if you are installing a 1000 watt system, you should purchase an inverter of around 1000 W. To size your system, we recommend using the  Solar Panel Calculator. 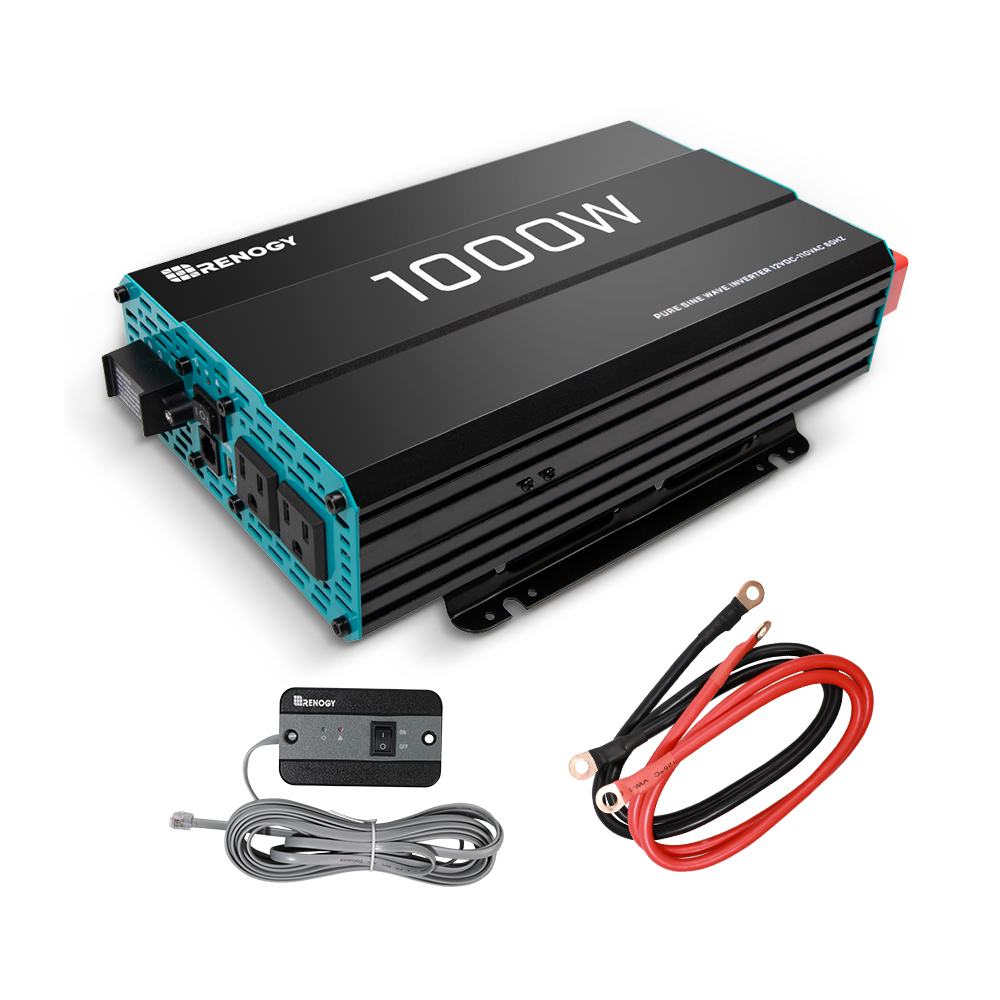 • Medical equipment, such as CPAP machines with humidifiers

What are pros and cons of using a pure sine wave inverter?

• Works with most appliances: Pure sine wave inverters are capable of producing the cleaner, smoother, quieter, and more reliable electricity to operate appliances and electronics without interference.

• Higher Efficiency: Because pure sine wave inverters are free of any distortions, they consume less power and are the most efficient inverters.

Solar inverters may not be the most exciting component of a solar installation, but they are crucial to protecting your system. High quality pure sine wave inverters, available through Renogy, keep your essential appliances and technology safe and charged in your off-grid set up.