All photos by Trent Newkirk and Whitney Newkirk 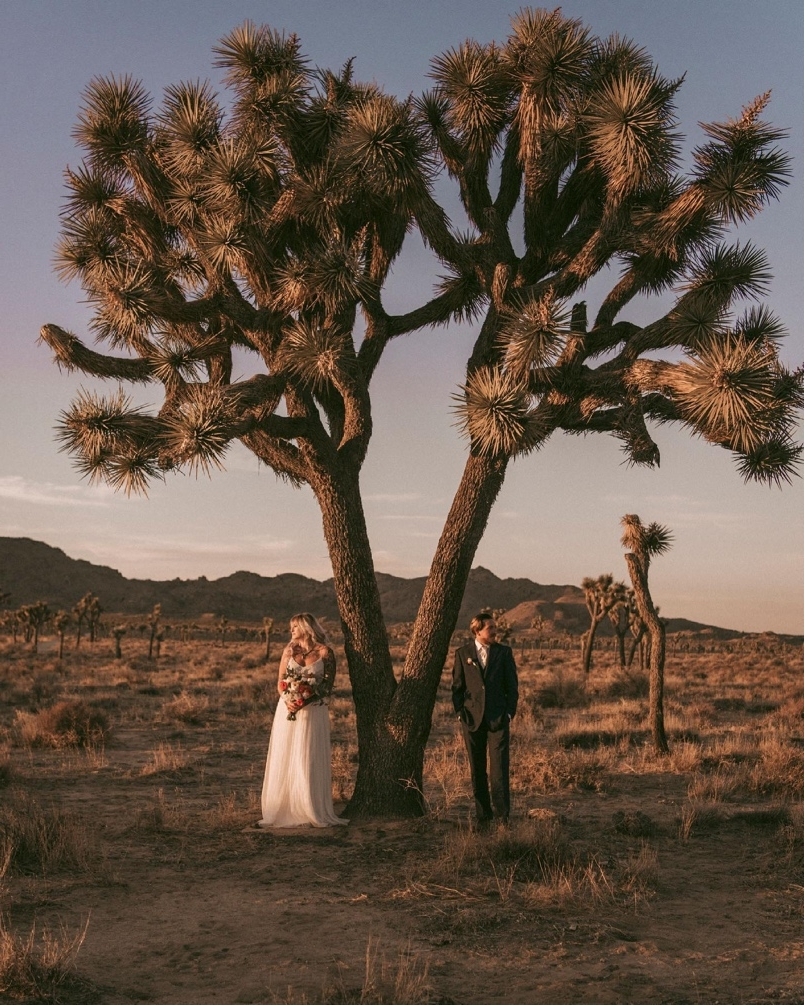 “I married my wife Whitney 5 years ago, and we have never spent a day apart from each other ever since.” This is the first sentence that Trent shared about his romantic life after the Renogy Community found him and proposed for an interview for the special moment of February.

Nothing suites better than an off-grid love story from a true user of Renogy for us to share on this Valentine’s Day.

Trent is an active member of the Renogy Power Plus Community. He works as a full-time automotive mechanical engineer who works remotely from his “base camp” in Joshua Tree, California. This is the place where all the magic happened. “We have three dogs and a cat. We’re currently living off the grid in the desert for a year. And we lived completely off the solar.” Trent said. 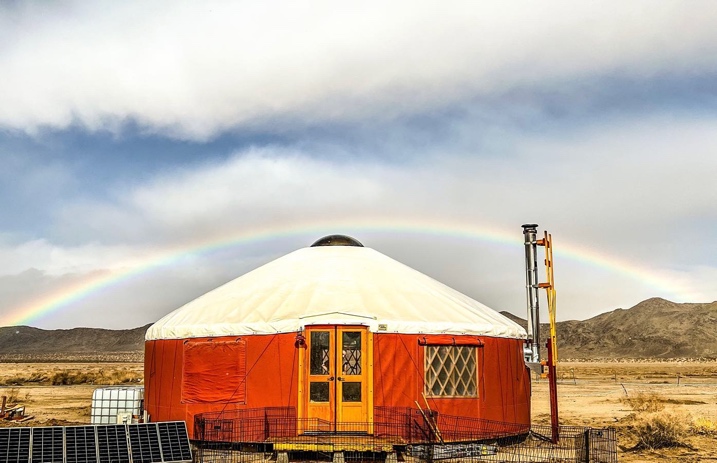 (The front view of the off-grid yurt)

And the unique part of the story is they live in a yurt, an off-grid yurt in the middle of the Mojave Desert powered by Renogy’s solar components and built by themselves from scratch. Trent and Whitney finished their dream home with their hand, from plating and building the platform, to setting up the entire structure. Even tiling on the bathroom wall and all the most minor detail one can think of were down on their own. 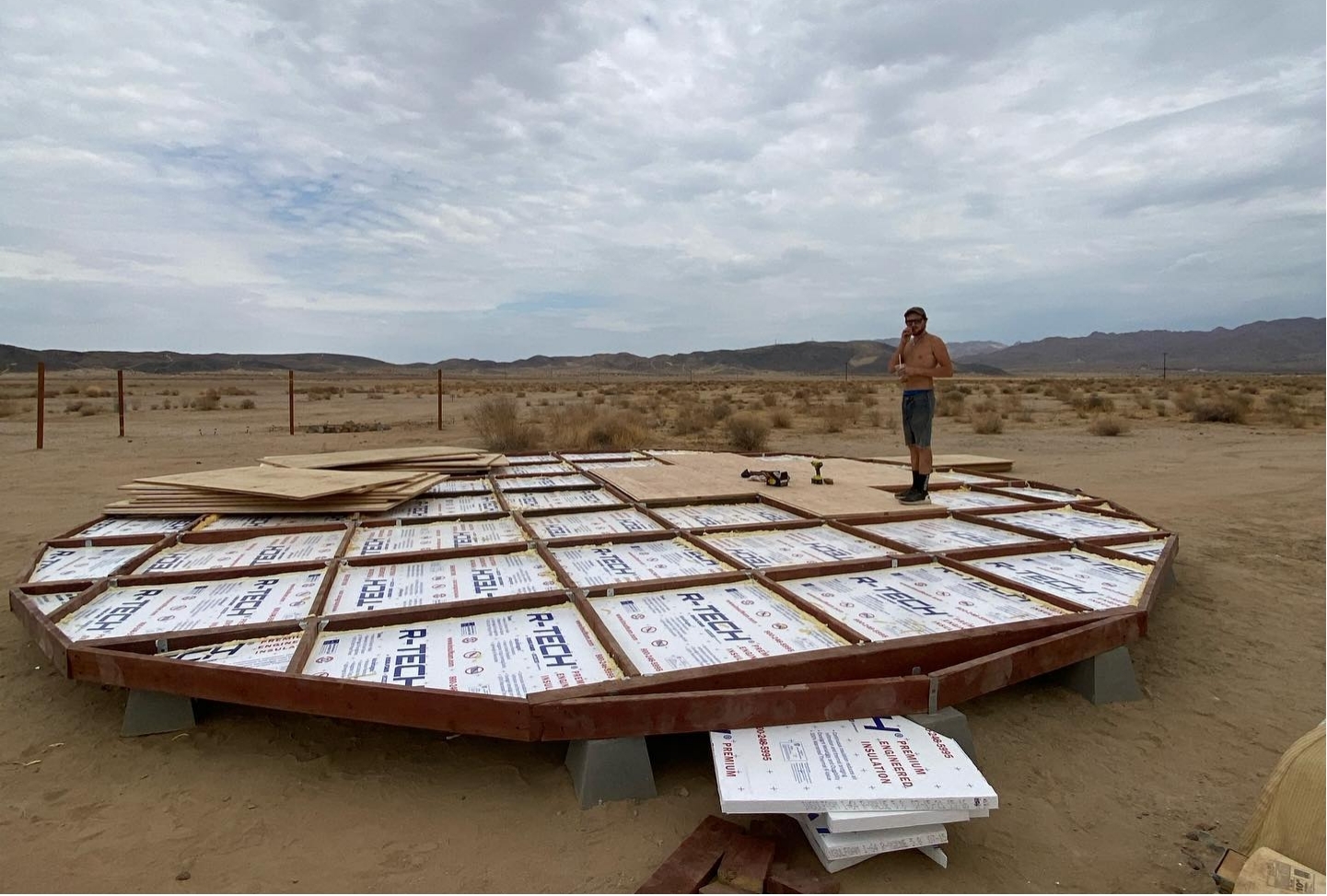 (Trent is setting up the platform of the yurt)

Whitney wrote online to share her insight about this renewable lifestyle: “Nature is something I’ve loved since I was a young girl. It’s always been a part of who I am. I used to run around telling my friends I was the queen of Nature because I found what I thought were magical rocks in the stream next to our house & Nature herself had chosen me. As I got older, I realized those rocks were, in fact, broken glass bottle pieces that had been tumbled and smoothed by the stream. That’s when I realized Nature has a way of making everything new again. I used information and knowledge to build a life where I could live in harmony with Nature, build an eco-friendly home, live fully off the grid, and teach others how they can do the same! I believe self-sustainability is the future, and I believe my small drop in the big ocean can make a difference.” 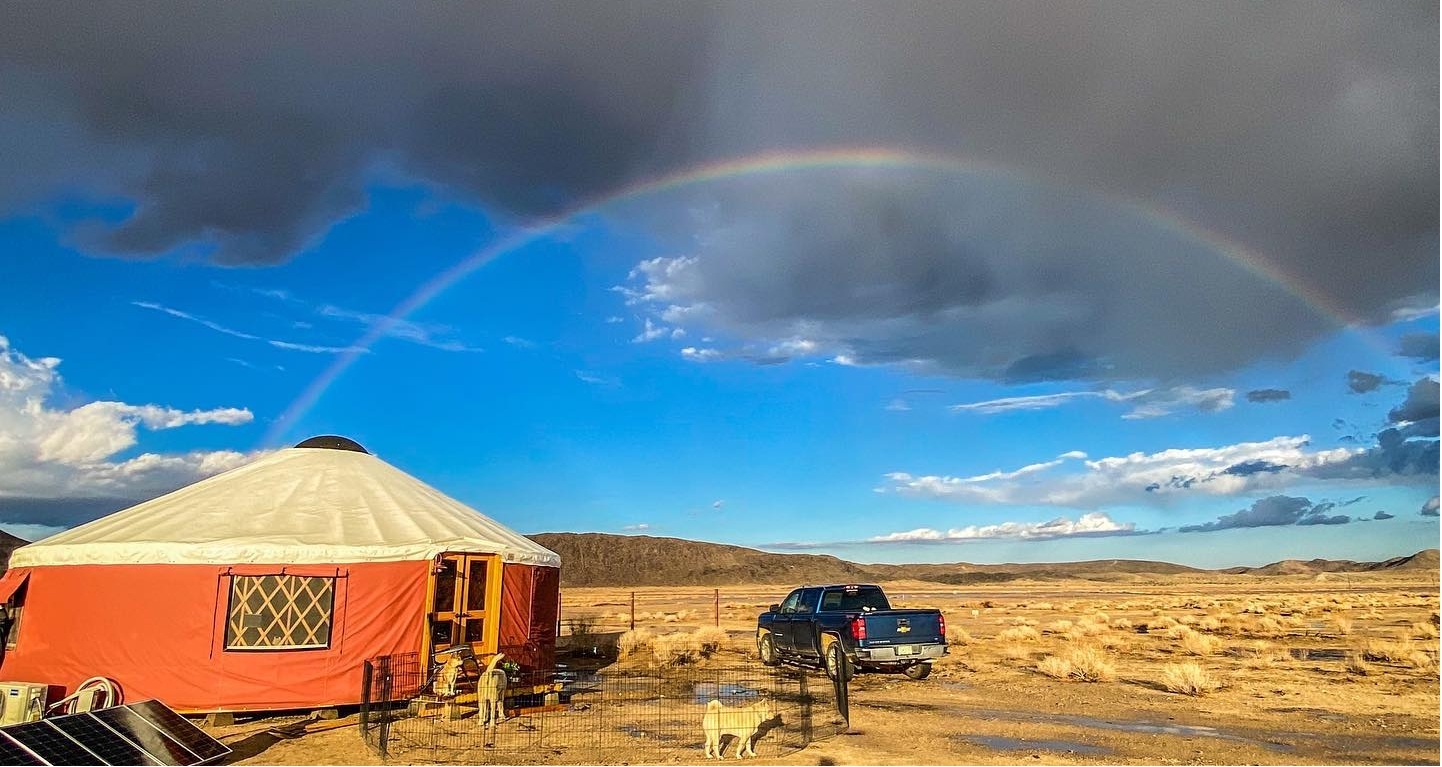 (The off-grid yurt full-view from a distance)

Trent and Whitney started the project in a travel trailer while living on the property with three dogs and a cat in the Mojave Desert. To build their dream oasis, the project lasted through some of the hottest months of the year. Trent laughed and praised his wife while describing the build: “It would have been impossible to do. Especially because the yurt is recommended for 4 to 5 people to set it up, and we did it with just two of us. She’s what got us through the build.” 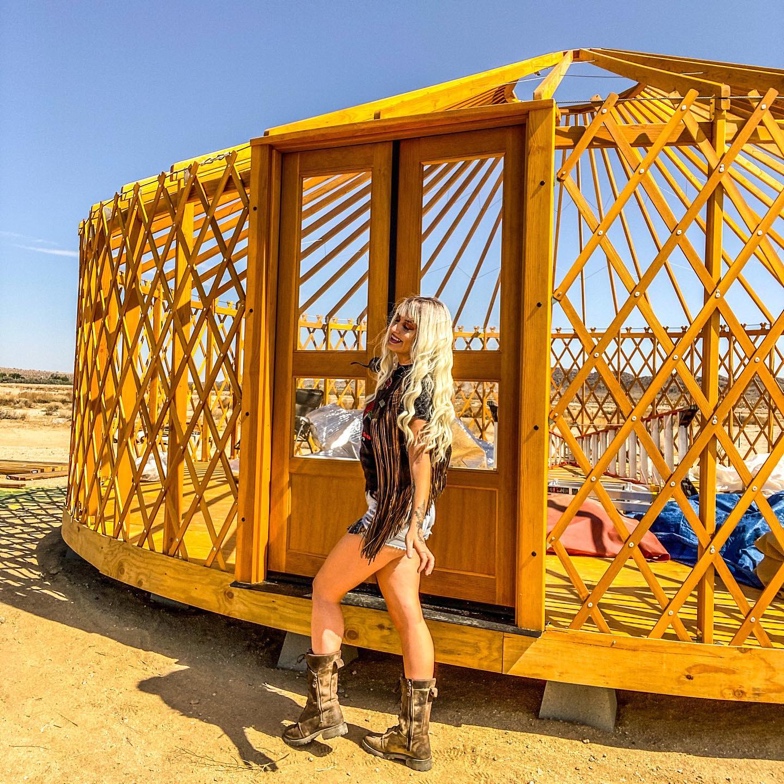 (Whitney next to the wooden frame of the yurt)

They shifted the work schedule to avoid the hottest hours of the day. The average temperature goes up to 120°F. So, they preferred working during the night and relaxing during the day. Trent explained, “Every day is a long day. Since I still need to get up and work my daytime job after being up for all night.”

Combating with the harsh environment is an actual test of the mind, body, and soul. However, unlike people’s imagination of giving up modern conveniences to live off-grid, a proper life supply system can provide all recourses for daily household consumption. “The number one reason we chose to go off-grid was to help the environment. We wanted to do our part. We have a Renogy 48V system with 12 panels to power our yurt. We have home biogas to create our free cooking gas. We have a water catchment system set up to catch the rainfall because the amount of rain we get here is enough to survive off the year. With the right system installed and designed, gathering natural resources on your own is easier than you think.” 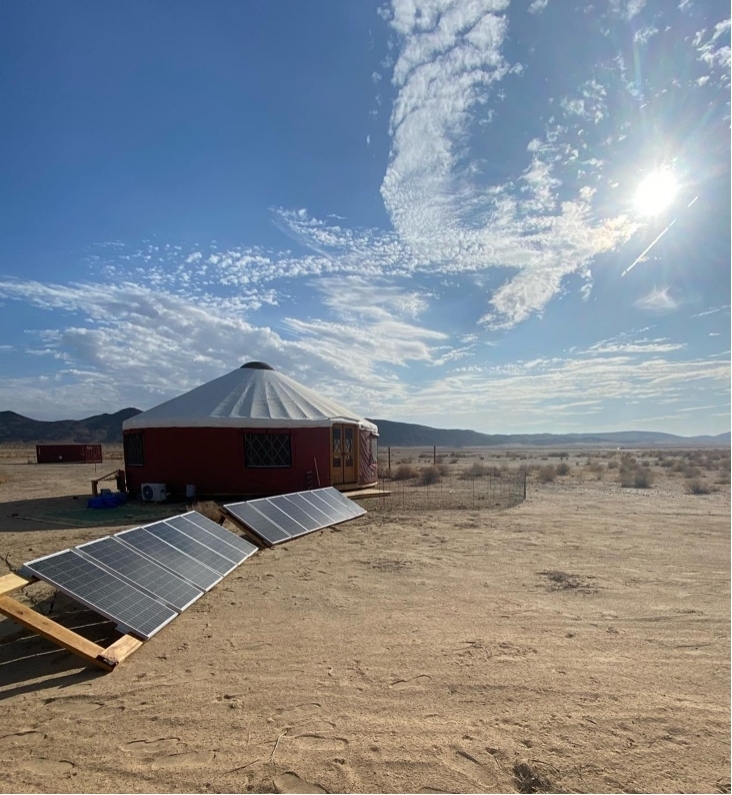 (Full view of the yurt’s solar set up)