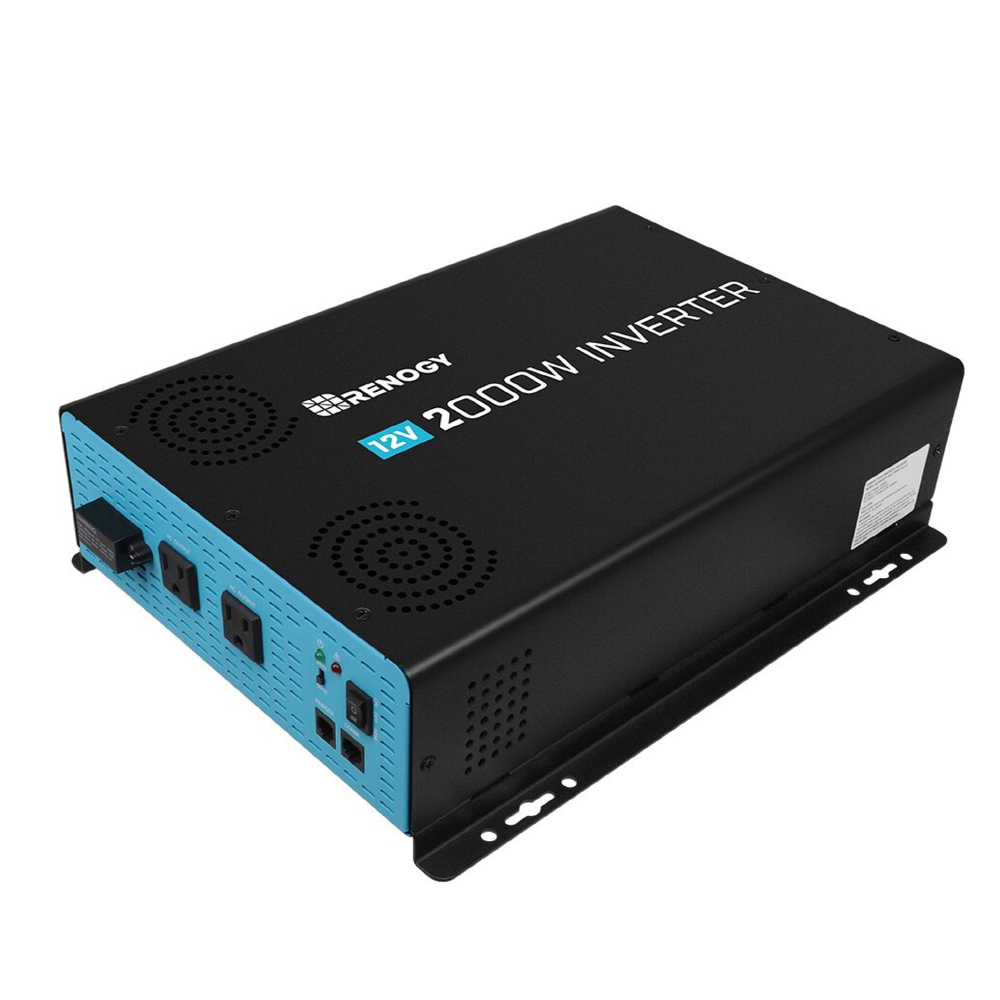 When it comes to sizing a solar installation, there’s two main things to consider: watts and voltage. As you probably know by now, solar panels include a wattage and voltage rating, such as 200 watt 12 volt panels. Inverters are also sized similarly, such as 2000 watt 12 volt inverters. But how do you know whether you should size your system, and inverter, at 12, 24, or 48 volts?


What’s the deal with watts and volts anyways?

Let’s look at two scenarios to help make sense of this. Let’s say system 1 operates at 100V and produces 1,000 watts and system 2 operates at 50V and produces 2,000 watts. Even though system 1 operates at a higher voltage, system 2 is the one that produces the most power. This means that system 2 will result in a reduced electric bill in a grid-tied solar system. In another scenario, systems 1 and 2 both have the same voltage of 100V. System 1 can output 1,000 watts, while system 2 can produce 2,000 watts. System 2 is going to produce the most energy, and will result in a larger reduction in your electric bill.

In short, you see that a higher voltage system doesn’t necessarily mean it’s the best option for you. In that first scenario the higher voltage system didn’t produce more power. In the second scenario, two systems with the same voltage had varying power outputs. In order to decide what is the best for you, you’ll have to look at the power output and your energy needs. 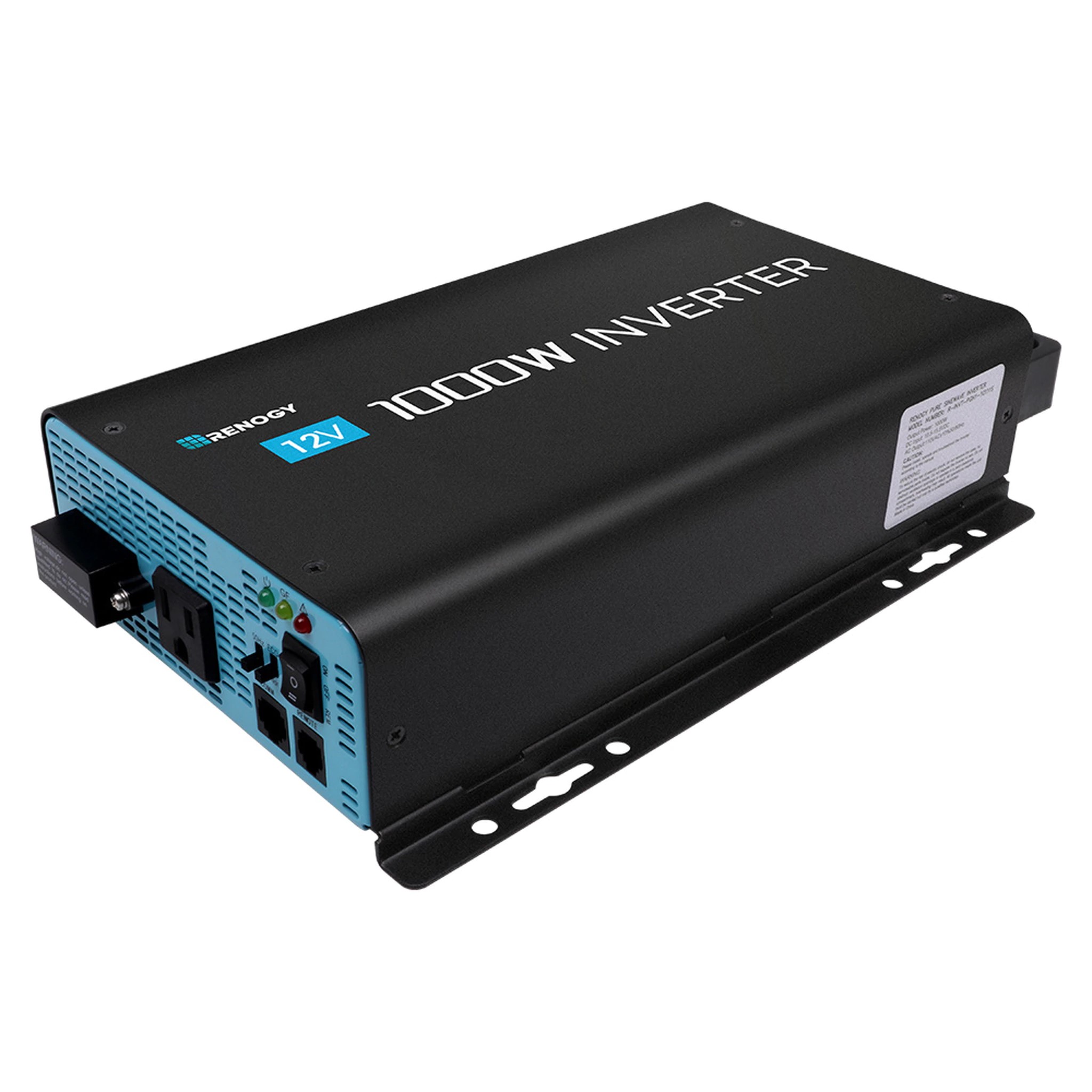 Inverters serve as the gateway between the photovoltaic system and the devices and appliances drawing energy from your system. They turn the direct current (DC) output collected from your solar panels into alternating current (AC), which is the standard used by all commercial appliances. Like panels, inverters include a voltage and wattage rating.


What is the best voltage for a solar system?

Panels and inverters typically come in either 12V, 24V, or 48V options. Most RV’s and boats typically use 12V battery banks, so people usually stick with 12V panels. Be sure to check the voltage of the battery bank to ensure it is compatible with your panels and the rest of the system, particularly your solar panels. 12 volt systems used to be the standard for homes, but today, many larger home systems are rated at 24v or 48v.

12v systems are good for many DIY solar scenarios, such as:
1. RVs/motorhomes/vans
2. Camper trailers
3. Small cabin or tiny home

RVs and motorhomes typically already have 12 volt batteries for lighting, hot water heater controls, AC/heating controls, and refrigerators. Therefore, it makes sense to use the voltage that already works for that system.


If you’re in the middle of those ranges, such as 3,000 watts, one advantage of using a higher voltage battery bank and inverter is that it may save you money in the long run because you need less charge controllers and can use thinner cables for the same amount of power.

Can I use a 24v inverter with a single 12v battery?

Again, no. It depends on your energy needs and the size of your other components. What is crucial is making sure you properly size your system to determine what voltage and wattage is best for you. If you have a 24 volt battery bank, a 24 volt inverter is definitely best.

I’m staying off-grid, is a 12 volt inverter good for me?

Typically yes, depending on your energy needs. If you’re living in an RV, van, motorhome, or tiny home, a 12 volt inverter and system is usually sufficient. Renogy has a variety of high quality 12 volt, pure sine wave inverters that work great for many mobile and lower-energy applications.


How do I size my system?

As a general rule of thumb, you’ll want an inverter to match the watts and voltage of your solar panel installation. You’ll want to refer to the specifications for your solar panels to determine the exact solar array to inverter ratio.

Systems must be sized and designed to fit a variety of needs throughout the year, especially in the winter when there are fewer sunlight hours. If you have a 3000 watt 12 volt solar panel system, you’ll need at least a 3000 watt 12 volt inverter. Need help deciding how much solar power you’ll need to meet your energy needs? Use the Renogy Solar Power Calculator to determine your needs.


How much do inverters cost?