Should you stay on the grid for your energy needs? 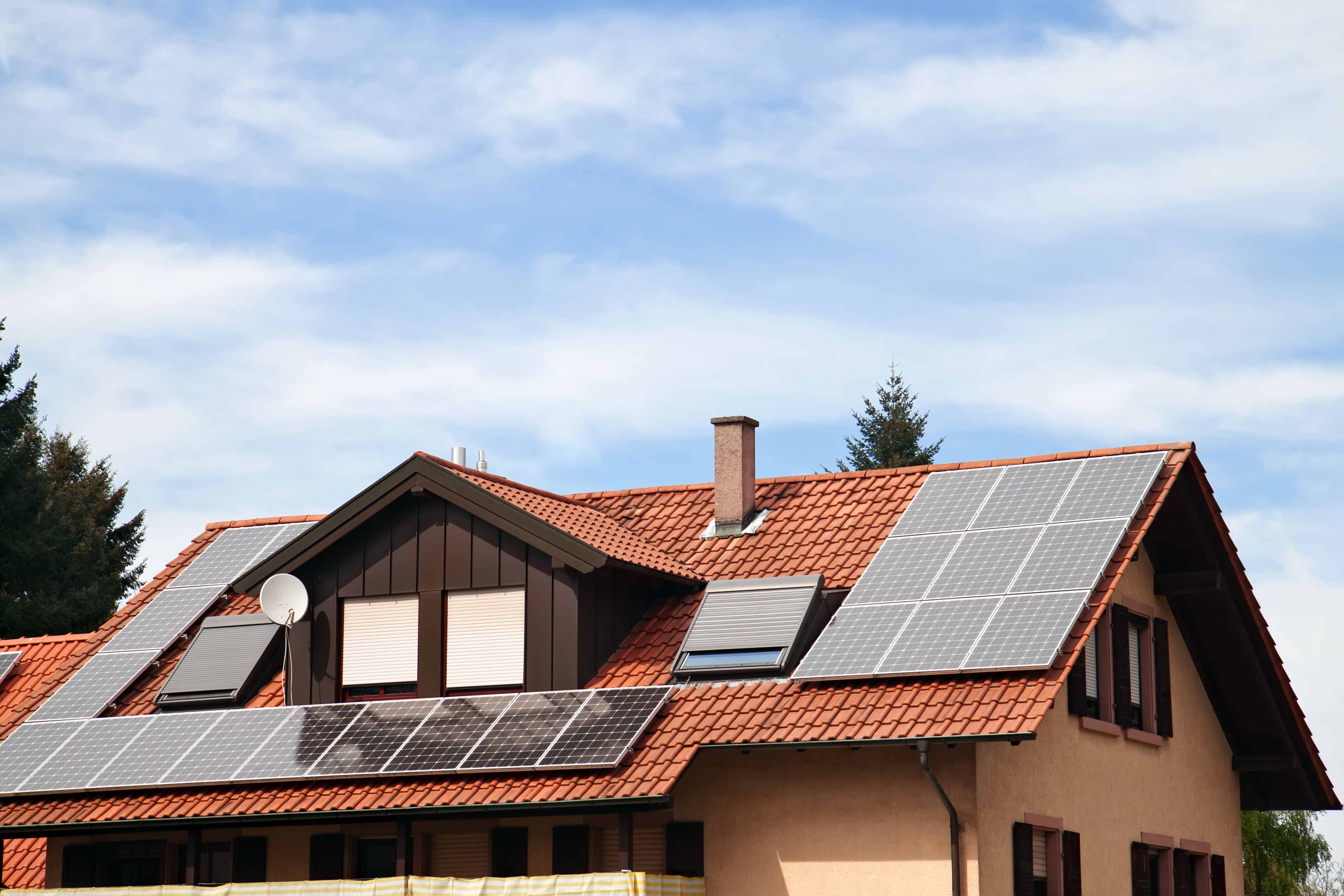 If you’ve ever told friends or family that you’re thinking of installing solar, you’re likely to get the question, “Oh does that mean you’re going off-grid?”

There are indeed numerous benefits to being off-grid, including not having to pay a monthly utility bill and having energy access during blackouts, but staying on-grid is also a great option for many homeowners.

What is an on-grid solar system?

On-grid solar systems, or grid tie solar systems, mean you’re collecting energy from both solar panels and the electrical grid. This is in contrast to off-grid systems which are not tied to the grid. During the day, your panels will collect energy to power appliances in your home. At night or when it’s too cloudy for the panels to operate, you will tap into the grid for your energy needs. You’ll also be able to take advantage of net metering, which we’ll talk more about later.

The main advantages of an on-grid solar system include low upfront and operating costs, as well as reduced utility bills. And because the electrical grid is essentially functioning as your backup battery, expensive batteries or other storage solutions are not needed.

Who should consider grid tied solar?

Tell me about net metering!

Typically on-grid solar systems create a two-way connection to the grid, meaning you may both draw energy from as well as push energy into the grid. Net metering is a billing mechanism that allows you to receive credits on your electricity bill when your solar panels produce excess electricity (such as the middle of the afternoon) and then sends that solar generated electricity back into the grid. Then at night or when it’s too overcast for your solar panels to produce power, you can use those credits when you’re drawing energy from your utility.

The net meter device is installed on your home and is similar to the electric meter you probably have on your home now. However, now it measures power going in two directions instead of just one.

On-grid systems are still the most common and widely used systems. You do not need battery storage and you can simply use energy from your panels when they are producing. One important thing to consider is on-grid systems do not function during a blackout. This is because it would be a safety concern for a system to push power into the grid when utility workers may be out making repairs to the network. Off-grid solar systems utilize battery banks to store energy collected from your solar panels. Your system must be sized and designed to fit a variety of energy needs throughout the year, especially in the winter when there are fewer sunlight hours. If you live in a remote area without reliable and affordable access to the grid, off-grid solar can be a great way to meet your energy needs. Off-grid systems are typically larger and more expensive than on-grid systems. With the decreasing costs of batteries, more and more homeowners are choosing to add battery storage to their on-grid projects to be able to take advantage of the benefits of both on- and off-grid systems, such as having energy access during blackouts and having to pay for less energy from the grid. This means lower utility bills and increased energy access.

What are the advantages of staying on-grid?

On-grid solar systems are a great option for many individuals. However, it’s important to consider the pros and cons.

Grid tie solar systems have much lower upfront costs than off-grid systems. The costs for inverters and batteries continue to drop, however, it’s still generally more expensive to install an off-grid system. You’ll also need a larger system if you’re going completely off-grid because you’re relying on it for all of your energy needs.

You’ll often be able to take advantage of net metering. Net metering is a billing mechanism offered by most utilities where the excess power you may produce during the day is pushed to the grid and credited to your account. Many people are often surprised to see how low their utility bills can get thanks to net metering.

You still have to pay monthly utility bills.

Because you’re still tied to the grid, that means you’ll still be getting those pesky monthly utility bills in the mail. Sure they’ll be a lot lower than they were pre-solar, but it’s still a cost you’ll have to incur each month.

You won’t have continued access to power even during blackouts. Those connected to the grid will not be able to produce solar during a blackout for safety concerns. This is because solar systems push energy into the grid, which would be a hazard if workers were repairing the grid. But if you’re off grid, you’re good to go.

How much power do I need for an on-grid system?

To determine how much solar generated electricity you need, make a list of all the appliances and devices you plan on running in your home. You’ll also need to know what total watts your electronics will consume, how long you plan on running devices, your charge controller efficiency, and average sun hours per day.

We recommend using the Renogy  Solar Panel Calculator to help determine your specific needs. The solar sizing calculator allows you to input information about your lifestyle to help you decide on your solar panel requirements.The solar panel calculator will then be able to tell you the minimum and recommended system size, as well as the recommended battery output.

What if I live in a super cloudy or rainy area?

Even if you’re in a cloudy area, solar panels produce around 25 percent as much energy as they would on a sunny one. Also, despite popular belief, solar panels actually operate more efficiently in colder areas than in warmer ones.

There are some key essentials to every grid tie solar system. To make your life easier and ensure you’re working with compatible components, you may consider looking at purchasing one of the solar kits available from Renogy, which range in size from 100 to 4500 watts.

First let’s talk about the basics of how solar energy is generated, regardless of if you’re on or off-grid. Photovoltaic solar panels are made up of many solar cells made of silicon. When sunlight hits the panels, they create an electric current. That current then feeds into a charge controller, which controls how much current goes to your battery bank (if you have batteries). Charge controllers prevent batteries from being overcharged. Batteries store and produce DC power. In order to use AC appliances, such as microwaves, laptops, and phone chargers, an inverter is used to change the power from DC into AC power.

Charge controllers sit between the energy source and storage and prevents overcharging of batteries by limiting the amount and rate of charge to your batteries. They also prevent battery drainage by shutting down the system if stored power falls below 50 percent capacity.

Inverters turn DC power produced from your solar panels and stored in your battery into AC power. An inverter is necessary to power the common appliances found in your home or RV, from TV’s to microwaves.

Like electricity meters that may be on homes powered by the grid, net meters record the flow of electricity to and from the grid. When you’re producing excess electricity, that energy will be pushed to the grid, which will cause the meter to spin backwards. That excess power will be credited to your account, which you can be used at night.

Grid tie systems will also include a breaker panel that is similar to what you may have in your home now, but now it will include additional breakers for your inverter. You’ll also typically have safety switches which will allow you to disconnect your panels from the inverter. Your electrical company may also require safety components, such as earthing and fuses, so be sure to consult with them to learn about requirements.

Can I go solar by myself or should I hire a contractor? 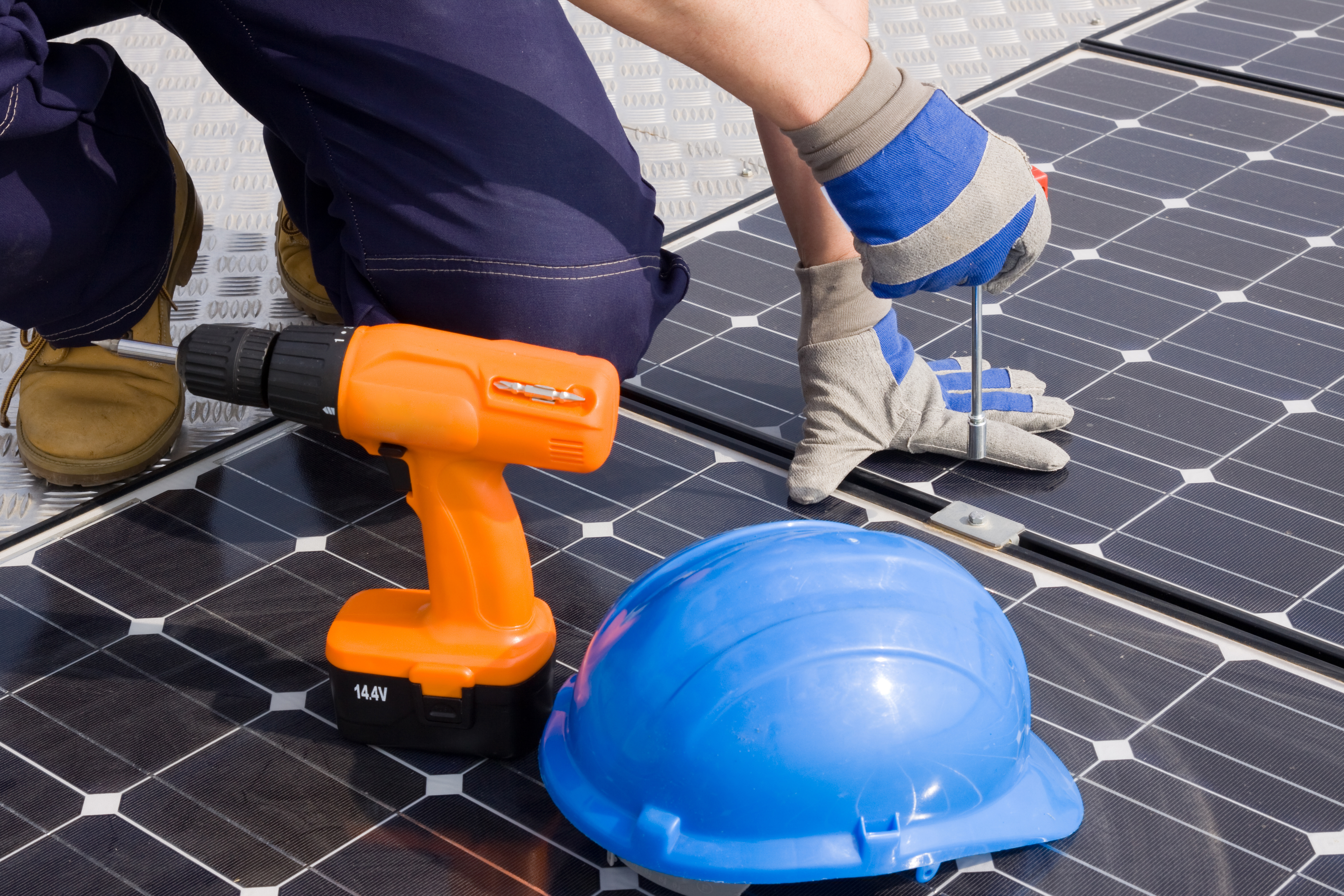 If you’re installing solar on your home and will be connected to the utility, many utilities and jurisdiction require that solar be installed by a certified installer. Additionally, many of the active residential solar rebates and incentives are only valid if your project has been installed by a professional. So be sure to check what policies apply in your area before you decide to get into DIY solar.

What kind of incentives are there if I’m going solar?

There are a range of different federal and state incentives available to homeowners going solar. These incentives can save you thousands on your installation. Currently, there is a federal investment tax credit (ITC) in place until December 31st, 2023 for both residential and commercial customers. Refer to the Database of State Incentives for Renewables & Efficiency (DSIRE) for a list of incentives that are active in your area.

As you can see, there are many benefits to homeowners to installing a solar system and staying connected to the grid. With low upfront and operating costs (and not to mention thousands in annual utility costs), on-grid solar is a great solution for many homeowners. And although it may not sound as impressive as being fully off-grid, those savings will be nothing to balk at.