10 Most Important Articles From EnergyBulletin.net

EnergyBulletin.net was a website “designed to be a clearinghouse for current information regarding the peak in global energy supply.”

The site published research relating to the prevailing situation and trajectory in the energy space. It also carried articles on innovation and suggestions for averting the energy crisis triggered by fossil fuels.

If you try to access EnergyBulletin.net today, you will find that the site is no longer online.

In this article, we try to find out what happened to EnergyBulletin.net by following its history and how it changed hands over the years. We identify ten of the most important articles about efficient energy use published on the website.

EnergyBulletin.net appeared on the internet for the first time in 2004. It’s not clear who started the website. However, an archived Energy Bulletin page indicates that the site was “edited and maintained by a small number of individuals unaffiliated with any private, government, or institutional body.”

The online publication also said that it did not receive any reward or compensation of any kind. Therefore, the site was never forced by any commercial, private, or public interests to drive a particular stance.

Instead, it promised visitors that its only motivation was the desire to share up-to-date useful information about peak oil and related stories. It aimed to ensure that the world was ready to navigate what could be a challenging period ahead.

The content on EnergyBulletin.net was provided by contributors from various fields with expertise related to the peak in global energy supply.

The website defined peak oil as “the simplest label for the problem of energy resource depletion, or more specifically, the peak in global oil production.”

EnergyBulletin.net adds that the idea of ‘peak’ denotes a situation where more than half of the global oil reserves have been extracted, leading to the extraction of the second half being more challenging and expensive.

On January 14, 2008, the Post Carbon Institute announced that it was adopting the Energy Bulletin.

The 2003-founded Post Carbon Institute is an organization that describes its mission as leading “the transition to a more resilient, sustainable, and equitable world.” It achieves this by helping the world transition to sustainable and efficient energy use.

The executive director of the Post Carbon Institute, Asher Miller, indicated that his organization was adopting Energy Bulletin when the website’s work was becoming even more important. Therefore, his organization’s support would ensure that the site continued to thrive, buttressed by the institute’s Global Public Media content and other multimedia.

The redirect stopped working about five years later, marking the end of a 14-year run for EnergyBulletin.net.

The Most Important Efficient Energy Use Articles

EnergyBulletin.net may no longer be online, but we took some time to revisit some of the most influential articles it published.

We identify these articles based on the amount of attention they attracted from the general public and other publications.

Published in 2006 and written by Adam Fenderson, the article entitled “ The Real Green Revolution” advances the argument that even though many people see ethanol and other biofuels as a sustainable replacement for fossil fuels, the reality is that “biofuels based on industrial agriculture are in no sense sustainable.” 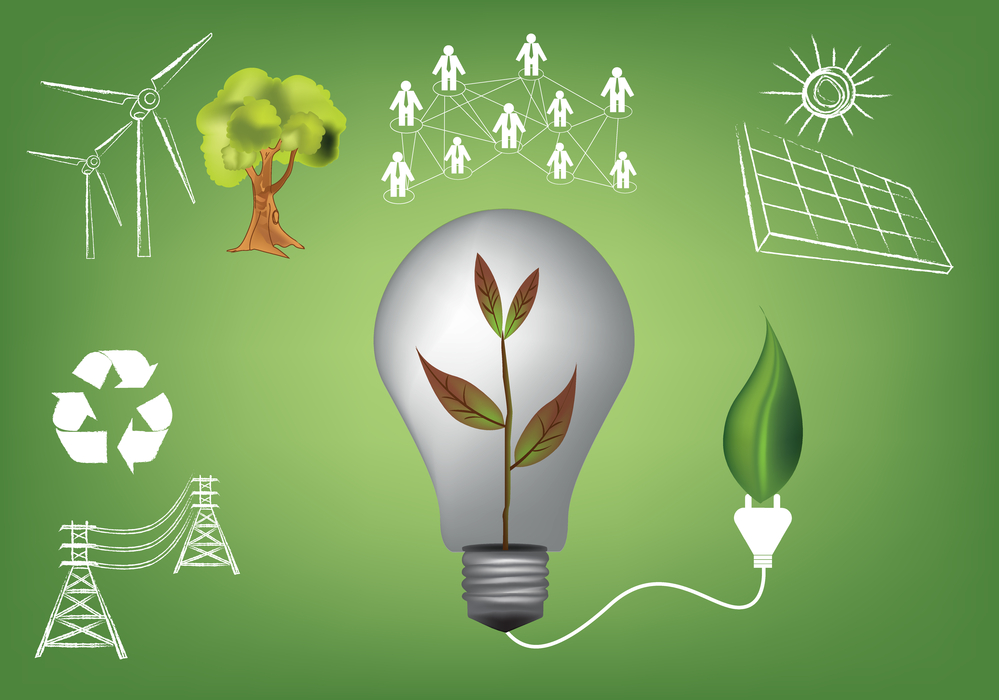 Fenderson argues that “Each year, more and more virgin forested land and fossil fuel energy must be fed into the agricultural system simply to maintain current levels of production.”

So, what does he believe would be the real green revolution? He suggests that such a revolution would be characterized by more efficient energy use where the food production system is re-localized, people grow their own food, and nutrients are recycled on-site.

This, he is confident, would reduce the amount of water used and the use of fossil fuels in food production while ensuring that we get nutritious food and an opportunity to exercise.

In his article focusing on what our future energy sources may look like, Ian Westmoreland starts by acknowledging a reality that none of us can run away from. He writes, “It’s now undeniable that the fossil fuels that provide so much of our energy carry a heavy environmental and social burden....”

Westmoreland names some of the problems with non-renewable energy sources, including that they poison the atmosphere, land, and water. He proposes that the only alternative we have if we want to turn to more efficient use of ethical energy is by generating our own at a community level.

The main question Samuel Alexander attempts to answer in his piece is whether renewable energy sources can practically support consumer societies.

He starts by noting that the discourse around the use of renewable energy should be accompanied by questions about whether we need a fundamental shift from the current consumer society we encourage. 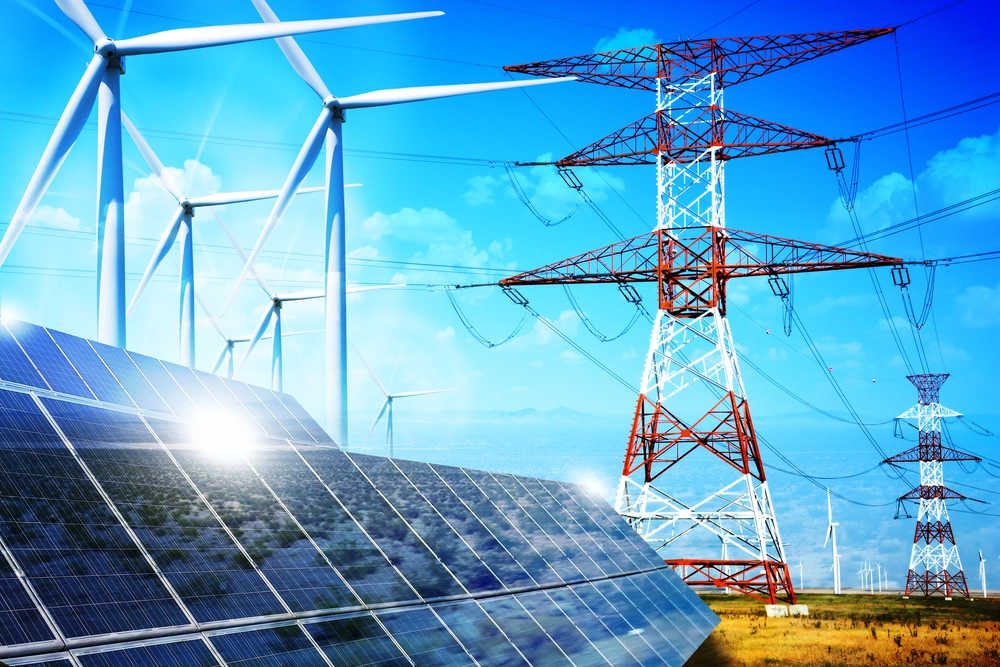 Alexander’s message is quite clear, this shift “means that the global consumer class must learn how to live ‘simpler lives’ of reduced resource and energy consumption, as well as build new economic systems based on notions of sufficiency rather than excess.”

Alexander believes we can entirely rely on renewable energy if we can achieve this.

4.Pump Up the Storage

Tom Murphy’s view is that if we are to successfully use wind and solar to solve the fossil fuel challenge, our work is cut out when it comes to solving another challenge: energy storage.

Murphy’s article mainly focuses on pumped storage. He explains that this means, “The idea for pumped hydro storage is that we can pump a mass of water up into a reservoir (shelf), and later retrieve this energy at will—barring evaporative loss.”

In simple terms, it is keeping water under pressure, ready to create the energy we need. This is more like storing the energy before it is created.

5.It’s Time for Fundamental Changes in the Way We Derive and Use Energy

In this article, Ralph Nader reminds us of a fact we already know: we need to change the way we do things. However, he argues that we are failing to use this knowledge as we are still failing to substantially advance towards more efficient and cleaner energy.

Nader evaluates our progress so far in moving towards cleaner and more efficient energy.

He concludes, “What we’ve known about the potentials of wind, solar efficiency, and other non-fossil fuel energy for thirty years is being applied on a schedule far too slow, given the urgency of global warming and the danger of resource wars.”

6.How to Downsize a Transport Network: The Chinese Wheelbarrow

Kris De Decker used the history of the Chinese wheelbarrow to show how we can efficiently use energy by downsizing our transport network.

His article shows how the Chinese wheelbarrow differed from the European model, with the former allowing users to carry three times the load carried by the latter.

But what lessons can we learn from the Chinese wheelbarrow about downsizing our transport networks?

The lesson is that using low-tech transportation may be a choice we need to consider as we look for ways of using energy more efficiently. This is particularly the case if you also look at the deteriorating state of roads in certain parts of the world.

7.Renewable Power Rhythm: the Rhythm of Power Availability in the Post-Prosperous Way Down World

In his 2012 article, David Tilley attempts to paint a picture of what life could look like once we reach a time when fossil fuels are finished, and we are almost entirely running on renewable energy sources.

Tilley proposes that a continuing availability of electricity will characterize such a period, even though it will “have decadal, annual, monthly, weekly, daily and hourly rhythms.” He adds, “Large scale storage of electricity is difficult today and will likely be difficult in the [Post-Prosperous Way Down World].”

Tilley’s article concludes that our need to use energy more efficiently once fossil fuels are gone will bring a considerable shift to how we work, play, and travel. Central to our decision-making will be factors linked to energy availability at a specific time.

8.Climate Hell and Saving Energy: a Few Words to the Wise

Larry Menkes’s article devotes a big chunk of space to a sub-section titled “You can never hear enough about energy efficiency.”

He reports that Americans waste more than half the energy they use, which means they are paying 50% more for energy than they need to. They could save this amount if they used energy more efficiently.

Menkes uses his piece to argue that “Saving energy is simple, easy, fast, and cost-effective.” He adds, “We have everything we need already on the shelf to do the job.”

9.The Real Reason the Military Is Going Green

When it comes to the numbers relating to the amount of energy the military uses, the picture is astonishing. This is the focus of an article by Natalie Pompilio.

Pompilio cites retired Brigadier General Steven Anderson, who states why the military needs to use less energy. Anderson says, “There’s a direct relationship between energy and the military. The more energy consumed, the less effective you are militarily because you’re more vulnerable.”

Pompilio lists other reasons the military is going green, including that it needs to depend less on foreign oil, which places the United States at risk. Thus, the military is making efforts to develop new and more efficient energy sources.

According to Pompilio, the military is also going greener because it has noticed that this is the pragmatic way to handle things. Also, the use of less oil creates a safer world because there will be fewer soldiers dying while protecting fuel convoys.

10. US Coal Generation Drops 19 Percent in One Year

Stephen Lacey’s article carries the news that anyone concerned about the environment will be happy to hear: “Power generation from coal is falling quickly.”

The 2012 piece reports that the burning of coal in power generation had dropped by 20% since 2011. This was attributed to low natural gas prices and attempts to move towards a cleaner energy source.

Lacey notes that even though the drop in use of coal in generating power between 2011 and 2012 was mainly driven by the fall in natural gas prices, the US coal industry was already facing some headwinds. 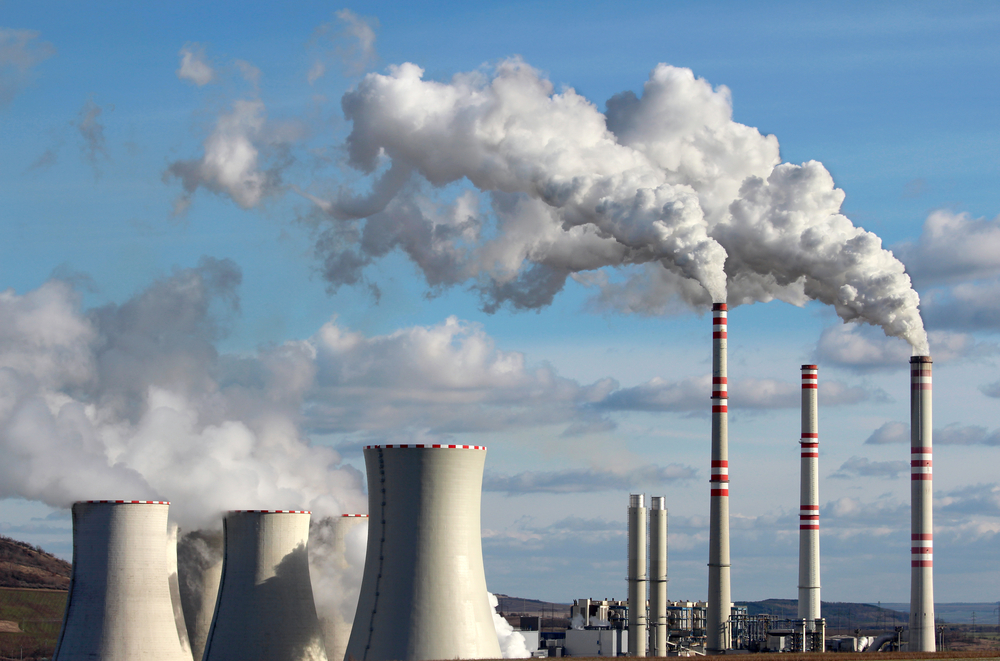 Some of the factors afflicting the coal industry identified by Lacey include "An aging fleet of plants, cost-competitive renewables, new clean air regulations, and a strong anti-coal movement…."