“Many years ago I resolved never to bother with New Year’s resolutions, and I have stuck with it ever since.”~Dave Beard


The turn of another calendar year offers the opportunity to take stock of our lives and our goals. Ads for getting in shape, losing weight, or becoming healthier suggest that making change is on our minds. But do new year resolutions amount to any substantial change? As the humorist above suggests, broad sweeping resolutions made during the emotional highs (and lows) of the holidays are indeed made to be broken. A recent article in Vox.com suggests that of the millions of Americans who make resolutions, over 60% will lose their resolve by June. If we want to see lasting change in our lives, we have to create new habits from the small choices we make each day. These are our baby steps to a new way in the world.


Make it Small, Make it Doable, Make it Last 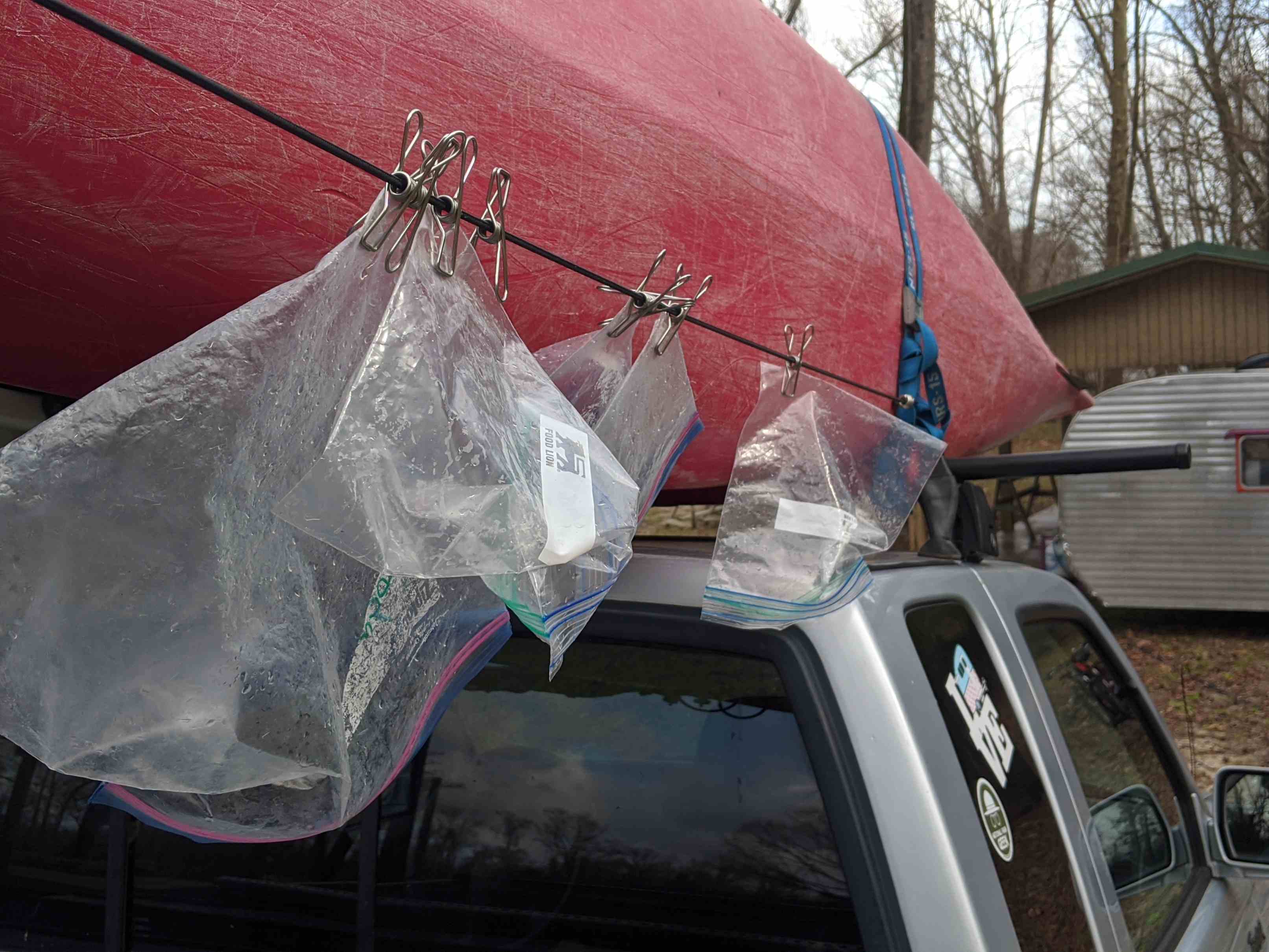 In 2004 we stopped making resolutions because we’d seen our previous goals fall by the wayside as the routine of life fell back into its rutted groove. Instead of big sweeping change we decided to focus on one small thing at a time. We called this habit our “Green Goal” for the year, and it all started with a plastic bag.

For years we brought our lunch to work in Ziplock bags. Even though we washed and reused these, we had no idea how many we went through. We decided to challenge ourselves to make it through a whole year with just 1 box of gallon and 1 box of quart bags. In December we counted what we had and realized we had more bags than what we’d started with in January, without purchasing any extra.

No, we didn’t take up shoplifting. We simply regarded our bags as something with value. When we “retired” a worn-out bag and brought a new one into the rotation, we made a conscious decision rather than a mindless habit. When friends brought food to the house, their bags often stayed, containers of leftovers from other gatherings or dinners out also got worked into the mix. It became a kind of game for us, a value-added goal to limit the single-use plastic bag routine with which we’d grown up. We were amazed by the change we’d brought into our lives with just a small and simple decision. We decided to stretch it out for two years, and made it without any difficulty. The challenge extended to our shopping bags and we committed to only using our canvas reusable bags for the grocery store (whenever we remembered to put them in the car). 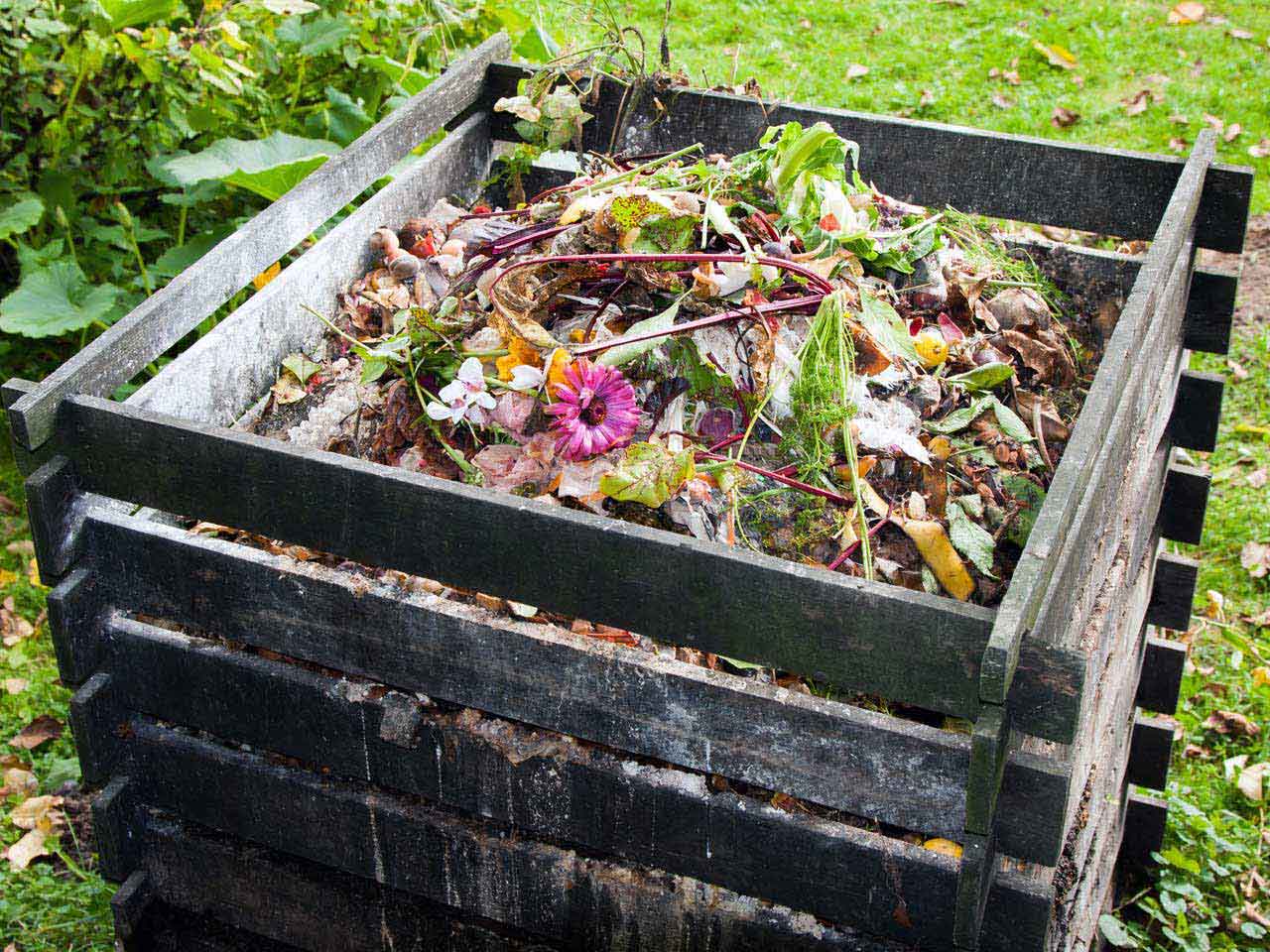 Since our first “Green Goal” became a well-entrenched routine, we were inspired to try others. In 2005, we dedicated a section of our garden to composting. We found ways to work all of our inedible food scraps, coffee grounds, forgotten lettuce in the back of the fridge, lawn clippings, and even paper into a healthy treatment for our garden’s soil. It had the added benefit of reducing the stink from our garbage can. 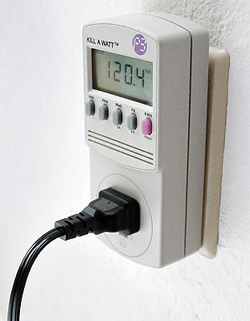 In 2006, we employed a Kill A Watt electricity meter to measure the biggest energy hogs in our house. We learned how to make more efficient use of our appliances and how to cut down on phantom loads, the computer circuitry in appliances that is always on even when we’re not using them. We lowered our electrical bill and replaced worn-out energy hogs with higher-efficiency ones. 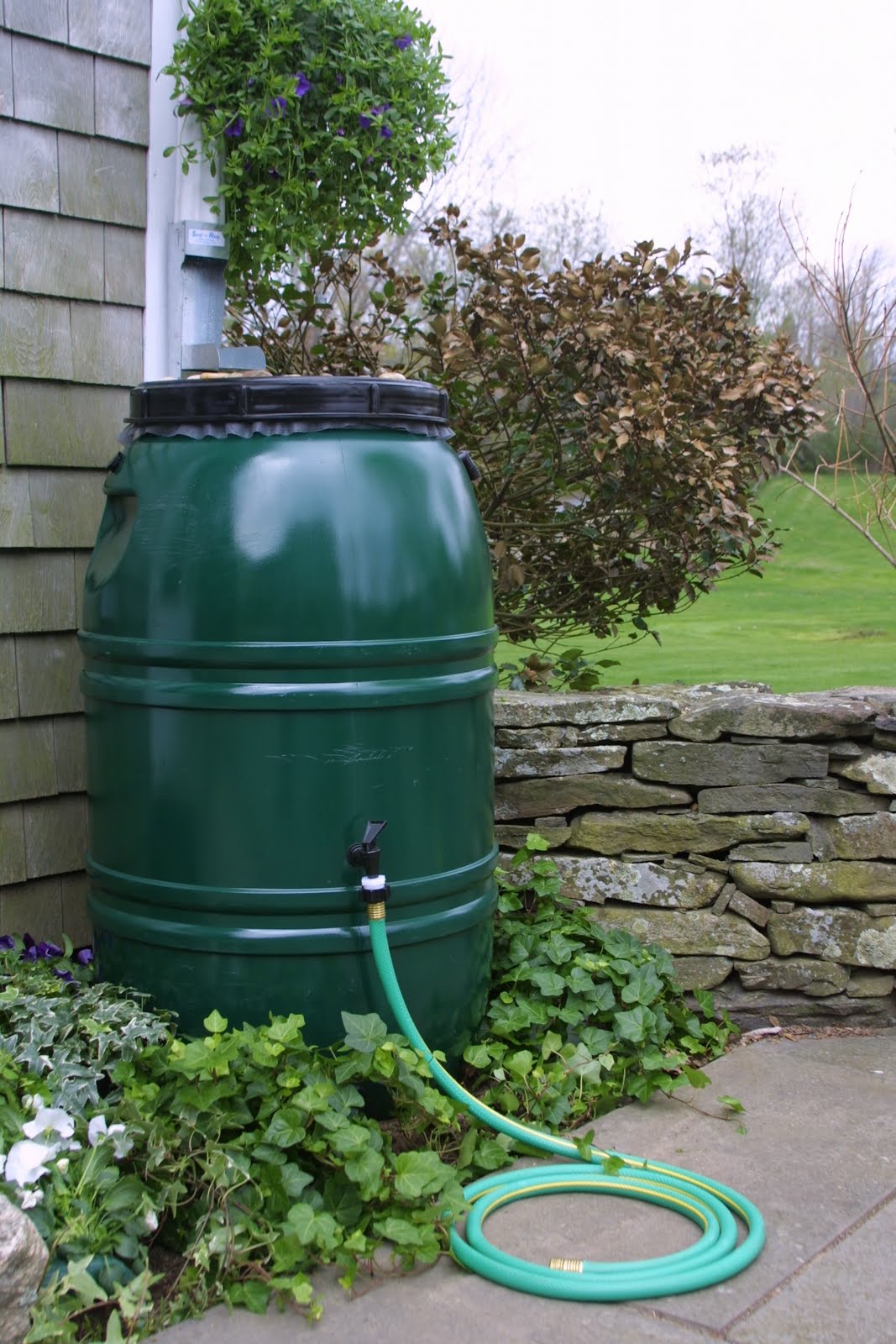 In 2007, it was water usage, and we set up huge barrels at the end of our downspouts to catch some of the rain run-off from our roof. We used the water in our garden and to water plants around the house – and those barrels were always full!

In 2008, after a trip where we lived out of our backpacks for nearly two months, we focused on downsizing our stuff. We cleaned out closets, donated old clothes and kitchen gadgets we’d not used in over 2 years, basically trying to stem the inevitable tide of things that floated into our lives and onto our closet and basement shelves.

By 2012, we moved into our tiny mobile dwelling of 72 square feet and began living off solar power. You get the idea here. Small steps lead to big steps and lasting change, even the New York Times agrees with this advice. 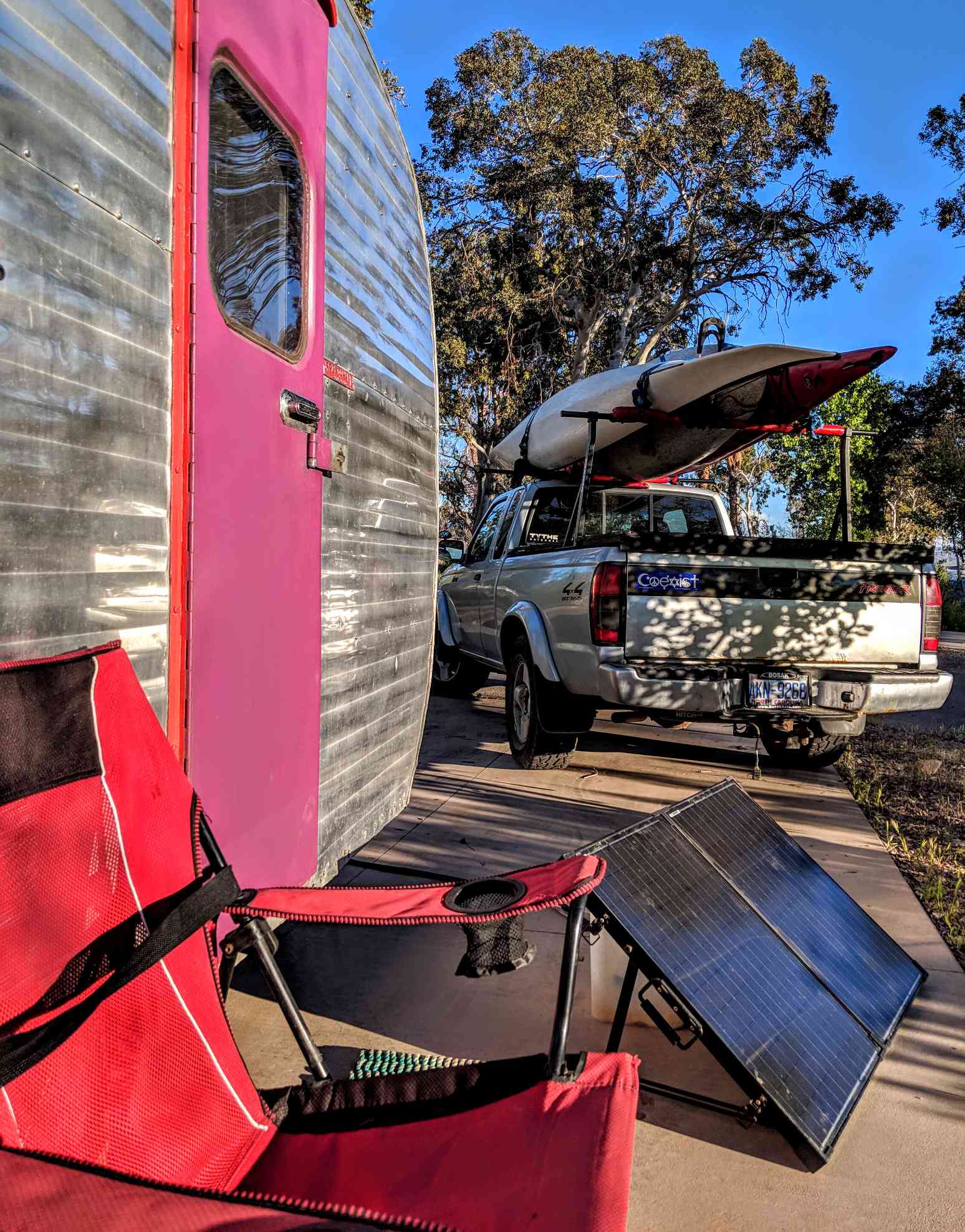 While switching to solar certainly involved a learning curve for us, we quickly adapted to living on the energy we could collect on a daily basis. Our motivations were simple: save money by not needing to rent expensive full hook-up campsites, and meet our basic electrical needs of lights, fan, and charging phone, laptop and camera batteries.

Since making the switch both to tiny space and a small solar system, we’ve significantly reduced our ecological footprint. We pay next to nothing for our electrical needs, unless you count the beverages purchased while working in a coffee shop where we occasionally plug-in our computers. We spend less than 10% of what we used to on propane for cooking and heating our home -- $100 compared to our former house which used $1,500 per year (and we kept it cool in the winter). We continue to drive our gas-powered vehicle, but even with all of our travel, our average mileage hovers around the national average of 13,500 miles per driver -- and this is for both of us. And all these changes began with a simple exercise of asking how many plastic bags do we need in our lives!


Solar Tax Incentives May Motivate You to Act in 2020

An additional motivator for making a small solar change is the amazing tax incentives available through both federal and state programs. While the federal incentives are tapering off and going away after Dec. 31, 2021, many state programs will be in place far beyond. These incentives allow you to claim a percentage of your solar equipment and installation for your primary residence, as well as your vacation home, RV or boat. To see what incentives are available in your area, see the Database of State Incentives for Renewables & Efficiency .

A Chinese proverb states that the journey of a thousand miles begins with a single step. Why not make a single step rather than a giant leap this year? What’s stopping you?